The teams of Juventus and Milan face off against each other in a rematch of the 1/2-finals of the Italian Cup. The match will take place on Wednesday night at Allianz Stadium. 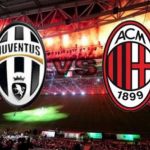 The hosts qualified for the semifinals of the tournament after eliminating the teams of Udinese (4:0) and Roma (3:1). Now Juventus is preparing to make the important step towards the finals. The first semi-final clash against Milan at San Siro ended with a score of 1:1. Torino star Cristiano Ronaldo saved the team from losing with a goal in the extra time and put his team in a better position before the rematch.

In their last match, the Juventus team lost to Lyon 0-1 in the Champions League. Yours was the second defeat for Maurizio Sarri in the last 5 games. It should be noted, however, that Juventus plays very strongly at home and is in a series of six consecutive victories in front of its own audience. The Maurizio Sarri football teams have conceded only two goals in these meetings. Juventus have scored 2 or more goals in each of the matches and will look to continue this trend on Wednesday night.

The guests have only one loss in their last 10 matches in all tournaments – it came to the derby with Inter (2:4) on 9 February. AC Milan finished 1-1 against Fiorentina in their last match on February 22nd. Guests do not perform well on foreign soil in the Italian Cup tournament. They have failed at regular time in their last 5 visits to the tournament, allowing 2 losses – both from their upcoming rival Juventus.

Milan have not been successful against this opponent since 2016 and are unlikely to end this bad streak. In addition, the Rossoneri lost their past two away games to Juventus in this tournament and I will trust the hosts for success in this match, so our online soccer predictions for this derby was sign 1.